In case you thought LNG export was only for Texas, Louisiana, Florida, Massachusetts, British Columbia, and Nova Scotia, the fossil fuel companies want to push fracked methane out through Georgia, too. KinderMorgan’s Elba Island LNG export terminal, with its north-to-south Elba Island Express pipeline project, is already in the formal permitting process at FERC. And it could easily interconnect with Sabal Trail to get its fracked methane.

Plans continue for $1.5 billion-worth of development at Elba Island to allow the liquefied natural gas import facility to reverse its processes and export the fuel. Southern LNG and Elba Liquefaction Co. filed a formal application for the project with federal regulators earlier this week.

The facility currently imports and stores liquefied natural gas on a private island in the Savannah River about five miles downstream from downtown Savannah. On Monday the companies requested permission from the Federal Energy Regulatory Commission to build and operate a natural gas liquefaction facility made up of 10 modular, movable units.

That picture of the Elba Island LNG terminal is from Orlando Montoya in GPB News 9 January 2014, LNG Terminal Waits For Decision. Does it look just a little bit like this picture, in AECOM’s undated LNG Terminal Expansion and Pipeline,

The project used the FERC Pre-Filing process (January 2006) and filed the combined FERC application in September 2006….

Receiving supply from Elba Island, the new Elba Express pipeline runs northwest, interconnecting with pipelines and customers along the route. The pipeline placed in-service in March, 2010, consists of approximately 190 miles of 42-inch and 36-inch diameter, natural gas pipeline. An additional compressor station is expected to be constructed later, to increase capacity in 2014 or 2015. 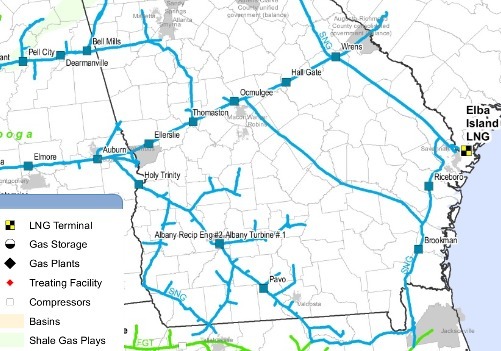 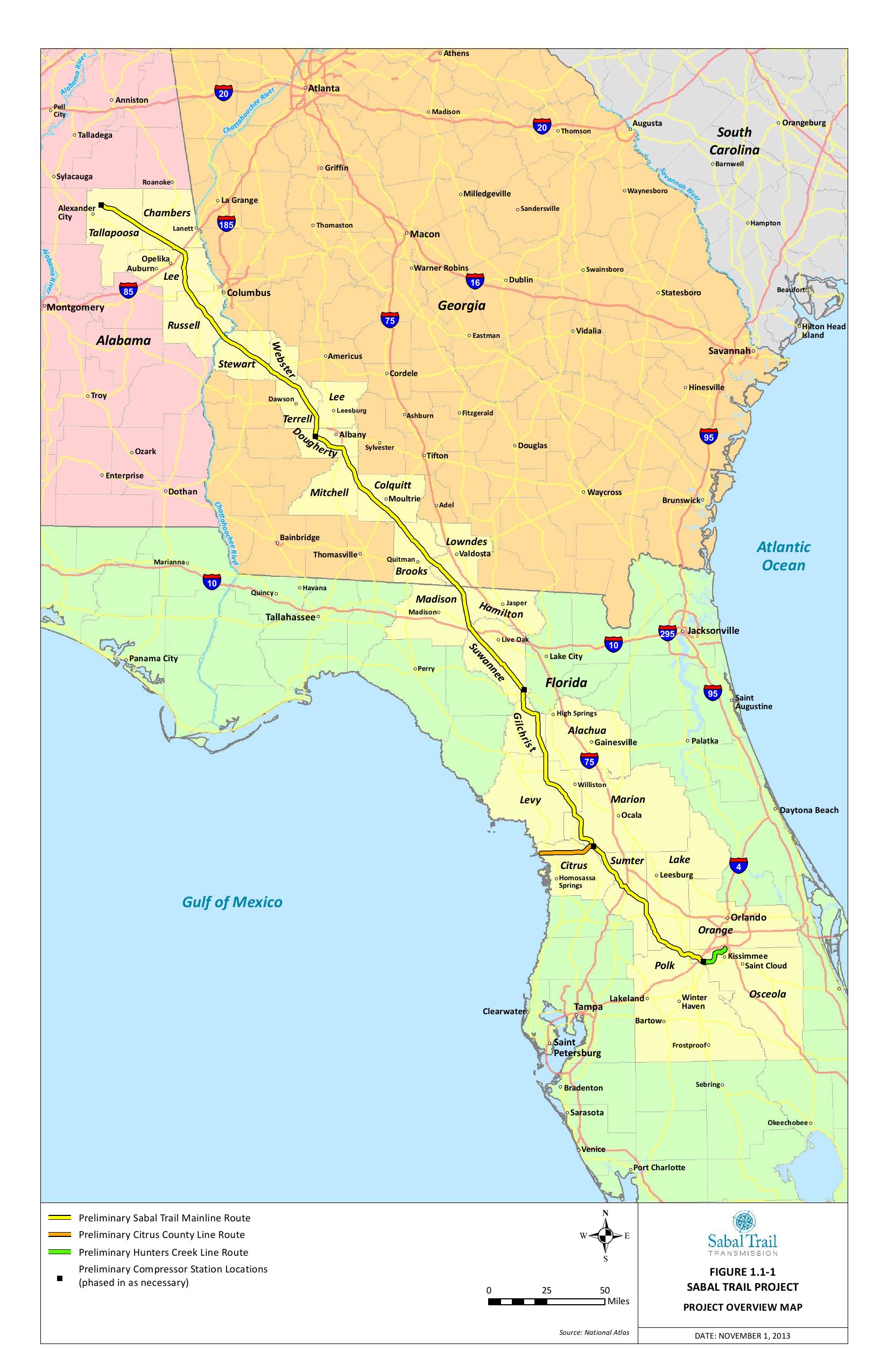 Perhaps not incidentally, this is the same El Paso Pipeline Partners that wanted to build an undersea pipeline from West Palm Beach, Florida, to the Bahamas.

No, I haven’t seen any announced plans by Spectra to export through Elba Island from the Sabal Trail pipeline. But remember, Spectra expects to “have some involvement” in facilities its pipelines “go right by”. And remember, according to FERC’s John Peconom, it’s the end-user’s decision to apply for export, so Sabal Trail never has to lift a finger to let its fracked methane go out through Elba Island.