Every new pipeline adds to leaks from every part of the fracked methane chain. Ever heard of a leaking solar panel? No new pipelines. Solar power now. You can help stop Spectra Energy from Houston, Texas from gouging its 36-inch Sabal Trail pipeline across Alabama, Georgia, and Florida. 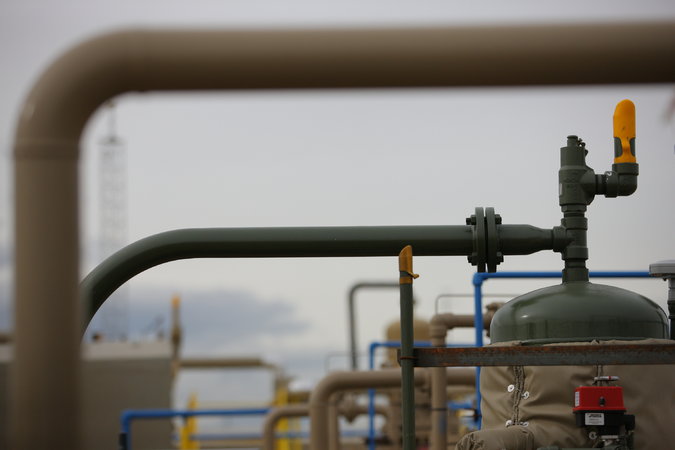 A little-noted portion of the chain of pipelines and equipment that brings natural gas from the field into power plants and homes is responsible for a surprising amount of methane emissions, according to a study published on Tuesday.

Natural-gas gathering facilities, which collect from multiple wells, lose about 100 billion cubic feet of natural gas a year, about eight times as much as estimates used by the Environmental Protection Agency, according to the study, which appeared in the journal Environmental Science & Technology.

The newly discovered leaks, if counted in the E.P.A. inventory, would increase its entire systemwide estimate by about 25 percent, said the Environmental Defense Fund, which sponsored the research as part of methane emissions studies it organized.

“The gathering and processing sector, a piece of the supply chain that most people don’t even know exists, may be the biggest single fraction of emissions coming from natural gas,” said Mark Brownstein, who leads the Environmental Defense Fund’s work on methane emissions.

Methane is the main component of natural gas and has a more potent short-term effect on climate change than carbon dioxide. The effect that the newfound emissions would have on climate change over 20 years, the Environmental Defense Fund said, would be similar to that of 37 coal-fired power plants.