It’s not a short list; basically nothing Dougherty County 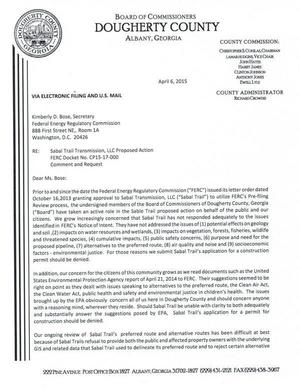 previously asked has been answered by Sabal Trail or FERC:

They have not addressed the issues of (1) potential effects on geology and soil, (2) impacts on water resources and wetlands, (3) impacts on vegetation, forests, fisheries, wildlife and threatened species, (4) cumulative impacts, (5) public safety concerns, (6) purpose and need for the proposed pipeline, (7) alternatives to the preferred route, (8) air quality and noise and (9) socioeconomic factors – environmental justice. 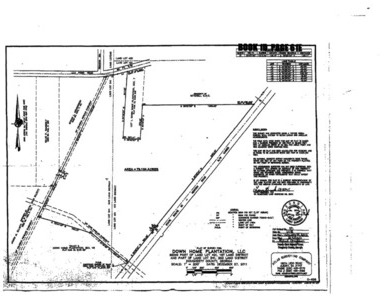 Here are images of the pages the Dougherty County Commission sent to FERC 5 September 2014, starting with the two pages of the Commission’s letter dated 25 August 2014, three pages of a stakeholder writeup signed by Dinorah Hall, two pages not depicted that were broken TIFFs, but presumably contained the 13 August 2014 Albany Herald story about the South Dougherty League meeting, 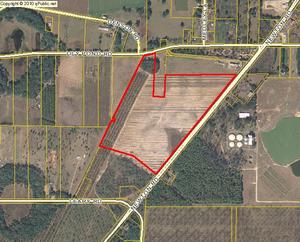 and a Limited Warrantee Deed dated 24 May 2014 transferring 79.184 acres from Down Home Plantation LLC to Sabal Trail Transmission LLC, which. the Dougherty County Commission guesses is for a compressor station.

It’s not like that land transfer is a secret. Searching for Sabal Trail in END_OF_DOCUMENT_TOKEN_TO_BE_REPLACED