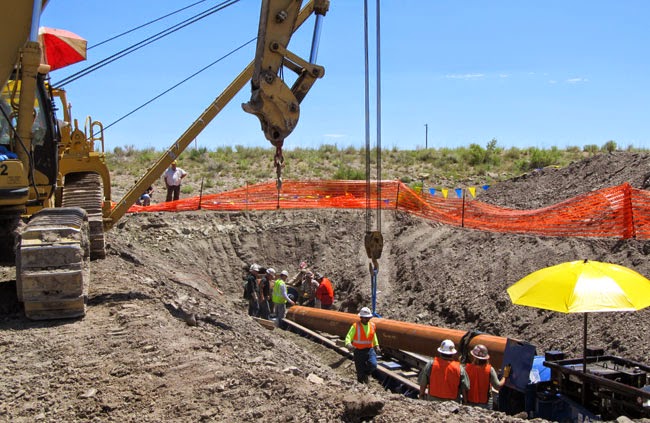 “In the largest penalty in an environmental case since the 1989 Exxon Valdez oil spill, the Connecticut-based Iroquois Pipeline Operating Company will pay $22 million in criminal and civil fines for violating federal environmental and safety laws, the United States announced today [23 May 1996].

The company and four of its high-level officers and supervisors pleaded guilty to numerous criminal violations of the Clean Water Act including failure to clean up or restore damage to nearly 200 streams and wetlands as a result of rushing to meet construction deadlines.”

That’s even larger than the U.S. EPA fine of $15 million in 1989 against Spectra’s Texas Eastern Pipeline for spilling PCBs at 89 sites, although not when you add in the $18.6 million fine by Pennsylvania plus $200 million for cleanup.