Where is FLiNG Energy and its “partners in Indiantown” that it expects to help it quadruple its LNG capacity in the first quarter of 2016? All along FPL’s pipeline to the sea, and PCBs, too. So convenient for LNG export from the proposed Sabal Trail fracked methane pipeline! 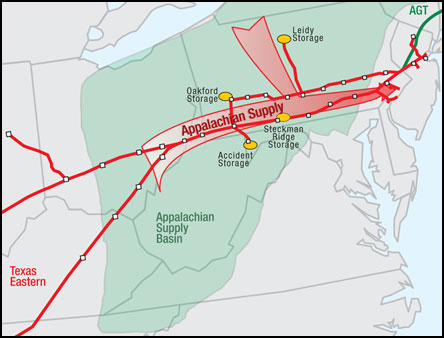 Penn. had asked for even more than it got, so it got enough: END_OF_DOCUMENT_TOKEN_TO_BE_REPLACED In case you’re having trouble following all the name changes, END_OF_DOCUMENT_TOKEN_TO_BE_REPLACED

The Florida Public Service Commission relied upon their own precedent in Dismissing my Petition protesting the order granting permission for FP&L to go ahead with the SABAL TRAIL pipeline ( which was made by me and four other landowners in Levy and Sumter counties) because they said we do not have standing to bring such a safety-focused protest before them. Even though the pipeline will run through our land and past our bedrooms. Only if we were FP&L customers aggrieved by a high bill, or if we actually had PCB leaks on our properties, could we establish standing. Spectra’s scary record therefore was not of interest to them Their staff attorney pointed out to me on the phone that Spectra was not a Petitioner before their commission, and so they had no cause to consider their record. I plan on sending the Petition and the Order Dismissing to every newspaper I can think of. The Petition was dismissed for the above reasons, even though the Florida Commission (FLPSC) states this on their site’s home page:

The Florida Public Service Commission is committed to making sure that Florida’s consumers receive some of their most essential services — electric, natural gas, telephone, water, and wastewater — in a safe, reasonable, and reliable manner. In doing so, the PSC exercises regulatory authority over utilities in one or more of three key areas: rate base/economic regulation; competitive market oversight; and monitoring of safety….” Let’s go back a month and a few hundred miles south to what Brad McEwen wrote in the Albany Herald 20 October 2013, END_OF_DOCUMENT_TOKEN_TO_BE_REPLACED