PSEG Long Island has found that the proposed Caithness II power plant in Yaphank “will not be needed” because the Island has enough capacity to meet state requirements for the next five years, according to END_OF_DOCUMENT_TOKEN_TO_BE_REPLACED “According to the Valdosta Daily Times, Sabal Trail went to court this month with a property owner in Lee County for trespassing. The company says they are still studying the area and looking into concerns from citizens.”

“But the overarching question is whether the state’s big utilities really need more power plants.

“If not, the pipeline isn’t worth the risk — especially when conservation and alternative energy sources could save customers and the environment.”

A compression station also is planned near Dunnellon as part of the interstate Florida line. Three other stations are planned in Florida, but none in Lake or Sumter counties. 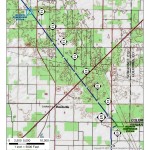 Yes, but there’s one aimed at Suwannee County, FL, for example. END_OF_DOCUMENT_TOKEN_TO_BE_REPLACED

State Rep. Linda Stewart is joining environmentalists in opposition of the Sabal Trail pipeline. The 474-mile natural gas pipeline would span Alabama, Georgia and Florida, including Central Florida. Construction is scheduled to begin in 2016.

Stewart, a Democrat, says Florida should focus instead on solar energy.

“Anything can happen, any kind of leak, any kind of interference with the distribution of it could cause some very negative effects no matter where this may occur.”