Click read more below to download, sign and gather signatures. I have also included maps that are printable of the entire pipeline route from Alabama to Florida and a Suwannee County Map showing where the pipeline is PROPOSED.  No matter what you are being told or if you have signed easement papers with Sabal Trail THIS PIPELINE NOT A DONE DEAL FOLKS.

Southern Company (NYSE:SO, and parent of Georgia Power) is in the process of buying END_OF_DOCUMENT_TOKEN_TO_BE_REPLACED

Suwannee County BOCC voted 3 – 2 to pass a resolution to remain neutral on the Sabal Trail pipeline despite citizen and environmental group opposition. The vote was Commissioners Fleming and Sessions against  with Bashaw, Gamble, and Wainwright voting in favor of the resolution.

Debra Johnson asked the chairman to read resolution for the public. Then pointed out that they were bordering on censorship.

Lori McCraney also spoke in opposition of this resolution stating that FERC and the Army Corp of Engineers have not made decisions on the Sabal Trail pipeline and as pointed out by Commissioner Fleming the SBOCC members need to go onsite and see the numerous active sinkholes in the pipeline path at the Suwannee river crossing.

We were reassured that the public would be allowed to speak on the pipeline subject during citizens comments at the end of the meetings.

This is really no change as far as the public input is concerned as SBOCC has never allowed any citizen or group a place on their agenda concerning the Sabal Trail pipeline.

The citizens opposing the Sabal Trail pipeline have always been relegated to public comment at the end of meetings anyway.

What the resolution does do though is prevent the SBOCC from having to address any future issues whether the citizens, water and so forth are in obvious danger. Which we all know they are.  When questioned about this the board responded that they would simply pass a resolution.

FPL’s lobbyist, Kyle Cobb, who is always present at the SBOCC meetings where resolutions to ban the pipeline (2014) and another the Suwannee River crossing (Dec 1, 2015) were scheduled to be passed was present at this meeting and all others between. Mr. Cobb has been at every meeting concerning the Sabal Trail pipeline at which the board then reversed it’s decision to pass a resolution against the pipeline, except for the meeting at which SBOCC passed a resolution to move the Hildreth compressor station.

Makes one wonder what control he or rather Spectra, Duke Energy, NextEra have over SBOCC.

A new LNG export facility/terminal is to be built on the St. Johns River in Jacksonville by Eagle Partners Jacksonville, LLC. They are presently in the pre-filing stage under FERC docket number PF15-7.

Florida Export Stations That are Approved for Export of, Fracked and Piped LNG Through Alabama, Georgia & Florida, To Be Processed & Shipped To NON-FTA and FTA Countries

Please note the quantity that Strom wants to export to NFTA countries and tell us again that FPL/DUKE needs more gas. This does not, of course, include all the other exports already approved.

The Office of Fossil Energy gives notice of receipt of an Application filed May 6, 2015, by Strom, Inc. (Strom), seeking a long-term multi-contract authorization to export domestically produced liquefied natural gas (LNG) up to the equivalent of 56.42 billion standard cubic feet of natural gas per year to Non-Free Trade Agreement countries. Strom seeks authorization for a 25-year period commencing on the earlier of the date of first export or five years from the date the authorization is issued. Strom proposes to export LNG from its proposed site in Crystal River, Florida to any country that has, or in the future will have, the capacity to import LNG via ISO containers on an ocean-going carrier, with which the United States does not prohibit trade, and does not have a Free Trade Agreement requiring national treatment for trade in natural gas. This application will replace previous applications docketed under DOE/FE Docket Nos. 14-57-LNG and 14-58-LNG. A federal register notice will issued. 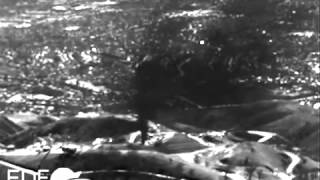 15 miles west of Live Oak on US 90 END_OF_DOCUMENT_TOKEN_TO_BE_REPLACED

The bill is backed by END_OF_DOCUMENT_TOKEN_TO_BE_REPLACED