To view the document for this Issuance, click here
http://elibrary.FERC.gov/idmws/file_list.asp?accession_num=20160929-3069

Sabal Trail pipeline and all USA fracked gas infrastructure is a worldwide problem dating way back in time — Afghan War began over control of gas and pipeline infrastructure.

One might ask just WHY is the oil industry destroying our planet, water and risking lives for such a risky short-term not guaranteed profit?

We must realize we are in this together — worldwide — and demand a halt to fossil fuel usage, the wars and devastation they cause. Time to move to renewable energy sources and North America is late to the party.

Keep it in the ground!

2.1 The supply outlook: Australia and the USA

“As a result, although the growth of the LNG industries in Australia and the USA have transformed the global gas economy, their current state reflects the problems faced by the industry as a whole. Large projects are unlikely to make expected returns and some smaller project participants may go bust as a result. Nevertheless, the infrastructure has been built and will continue to produce while it can cover cash costs, meaning that the global oversupply of gas is likely to continue to the end of the decade at least.”

“In both the low and high cases the dominant markets, in terms of absolute volumes, are Japan, South Korea, China, and India. … China and Japan dominate the picture between 2015 and the early 2020s. The pace of China’s policy-driven coal-to-gas switching is key, as are uncertainties in the gas supply mix. These uncertainties include domestic gas production (both conventional and unconventional) and the scale and timing of future pipeline imports (from Turkmenistan and Central Asian, and of Russian gas from East and West Siberia). For Japan, the main uncertainties are the pace and extent of the start-up of nuclear power plant (which would reduce the requirement for LNG imports) and the achievement of long-term energy efficiency goals. In the case of Taiwan and South Korea, the scale of future LNG imports depends on uncertain economic growth prospects and energy mix policy.”

2.3 What role for Europe in the global LNG market?

“…Gazprom will likely look to retain its market share at 27-33 per cent, and with a surplus of about 100 bcma of relatively low-cost gas, it will be in a position to compete not only with all other pipeline gas but also with LNG (including US LNG) supplies throughout the period to 2030. Gazprom could keep gas prices at $4-6/MMBtu (or Henry Hub + $2/MMBtu) for quite a long time, even if it would prefer to avoid such a situation.If there is a price war, Gazprom is likely to win. …”

2.4 Natural gas markets in South America and the role of LNG

“In conclusion, South America is not expected to be a major future LNG market unless there are extreme climatic conditions, which will not happen every year and will not last for many years. LNG will remain necessary to supply much needed flexibility, additional volumes, security of supply, and to reach new markets far from infrastructure. However, there are also major uncertainties on volumes, prices, timeframe, location, and even direction of the LNG flows, as some importers could become exporters at times of low demand towards the end of the timeframe.”

Thank you to Food and Water Watch Europe – www.foodandwatereurope.org 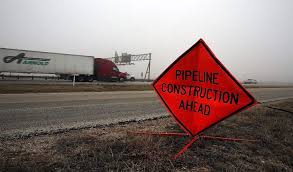 You are invited to protest Sabal Trail and the Dakota Access Pipeline this Tuesday 5:30 PM! News media are invited. Walk with signs along the bluff to the proposed Sabal Trail Suwannee River HDD crossing, or paddle downstream and back.

"We aim to get pictures and video of people on the bluff, beach, and river at the same time demanding the Army Corps re-evaluate its permit for Sabal Trail just like its permit for the Dakota Access Pipeline (DAPL). Both pipelines should be canceled: keep it in the ground!

This WWALS Outing is part of the #NoDAPL Day of Action — Tuesday Sep. 13, tying the Dakota Access oil Pipeline to the Sabal Trail fracked methane pipeline through their ownership by the same companies. This outing is also a followup to the Waterkeeper Alliance letter in support of the Standing Rock Sioux against the Dakota Access Pipeline (DAPL). The Army Corps of Engineers (USACE) is going to re-evaluate its permit for DAPL, and it should do the same for its permit for Sabal Trail, because USACE also did not properly evaluate evidence including a hydrology report organized by Bobby C. Billie, one of the Clan Leaders and Spiritual Leader, Council of the Original Miccosukee Simanolee Nation Aboriginal Peoples."

This should get your blood boiling — FPL wants to raise rates by 24%- another of FPL’s constant rate increases. This one to provide "innovative" new tech to "save us $$" — yeah FPL like the attempted rate increase for your investment in fracking and the Sabal Trail pipeline that threatens our drinking water,lives and future of our loved ones? Those types of investments? We must break the monopoly this private utility has on our state. Since when should citizens be robbed for the gain of private enterprise and invested politicians?

As for Jimmy Patronis of the PSC ( one of Gov. Scott’s ‘boys" who tried to take our local government from us back in 2013), your pandering to Scott’s supporting company that supports his investments in Sabal Trail pipeline and other fracking ventures. . You, sir, are a blight on Florida’s once reasonable utility governing body — the PSC and appointed by Scott to do his bidding. GO TO HELL – ALL OF YOU!