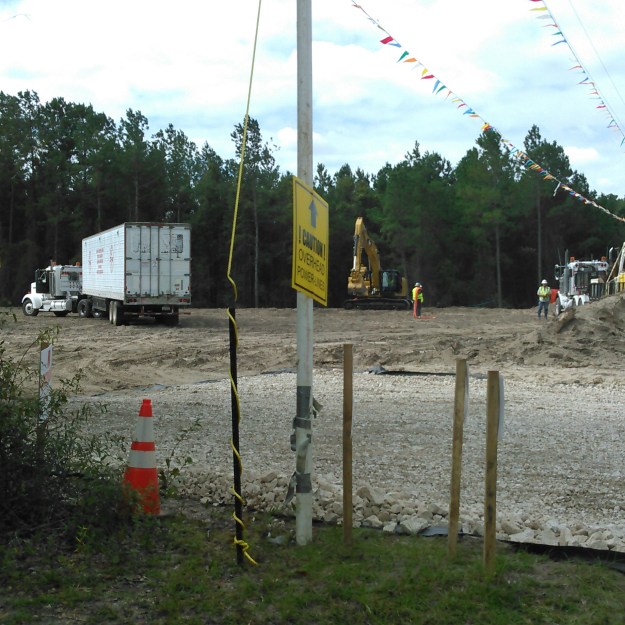 Hdd Drilling truck at Withlacoochee River prepared to drill under the river. Thank you to jsq of WWals

As reported to me earlier today Sabal Trail has hauled matting, delivered a HDD truck to drill under the Withlacoochee River in Lowndes County:

"Sabal Trail is apparently in full preparation for HDD of the Withlacoochee River on U.S. 84 west of Valdosta in Lowndes Co. There is plenty of activity going on just off of Old Quitman Hwy such as a lot of acreage has been completely cleared, semi trucks going in and out hauling excavators and matting.

"The area that has been cleared (bare) is large enough to accommodate lots of pipe. The construction/destruction activity can be clearly seen from a public dirt road at the end of Old Quitman Hwy, if you would like to take pictures or video of the activities."

Or if you wish to plan a protest to try to halt this dangerous horizontal drilling under a river that flows into Florida and will adversely impact the Floridan Aquifer — our sole source of water. Exit 16 off I75 to Valdosta, go west and turn on Old Quitman Highway.

John Quarterman went to site today and took some pictures. He stated that while he was there a HDD — drilling truck arrived – see picture above.

Here is a link to more pictures John took today:

Thank you to anonymous sources and to John Quarterman for visiting the site.