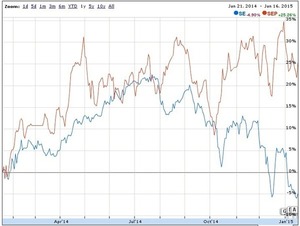 But it was not clear whether the new rules would apply to existing oil and gas installations, in addition to future sources of carbon pollution, which could END_OF_DOCUMENT_TOKEN_TO_BE_REPLACED Before the story, here’s the governor’s whole statement: END_OF_DOCUMENT_TOKEN_TO_BE_REPLACED

While that proposed carbon rule may help clean up coal plants like Scherer, it says nothing about methane, which EPA says is END_OF_DOCUMENT_TOKEN_TO_BE_REPLACED

BY TELLING THEM to TAKE MY LAND: END_OF_DOCUMENT_TOKEN_TO_BE_REPLACED