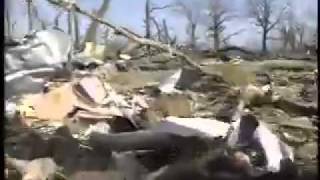 A retired Air Force Colonel with an advanced degree in nuclear physics, Walter Carss, was an eye witness to the explosion. Carss said the countryside was suddenly illuminated by a brilliant flash of light. Turning in his chair, Carss looked in the direction of the cavern. There, he observed an enormous fireball billowing skyward. As the fireball cooled, it began to turn into a huge pillar of grey smoke. Carss then noticed a visible shock wave racing across the rural landscape. He watched the shock wave rip END_OF_DOCUMENT_TOKEN_TO_BE_REPLACED