A Sabal Trail Open House in Albany, Dougherty County, GA Monday, then one in Jasper, Hamilton County, FL Tuesday. That’s the first two places in the route alternatives Sabal Trail just published. Does that mean Trenton, Gilchrist County, FL Wednesday and Kissimmee, Osceola County, FL Thursday? There is no published Open House schedule on sabaltrailtransmission.com or ferc.gov, so anybody who knows of more of these, let us know. 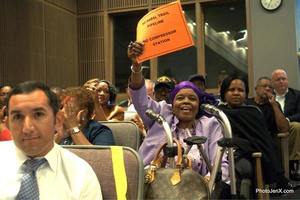 The picture is by END_OF_DOCUMENT_TOKEN_TO_BE_REPLACED

END_OF_DOCUMENT_TOKEN_TO_BE_REPLACED

But let us point out a few facts that this editorial fails to mention. There were plenty of public input meetings (we attended seven of these, and we read the minutes from others) and the input was overwhelmingly negative. Issues of concern include END_OF_DOCUMENT_TOKEN_TO_BE_REPLACED 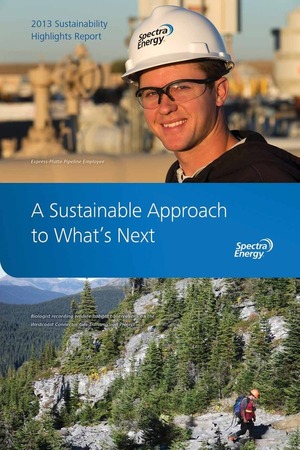 And look at Spectra’s Purpose on page 2: END_OF_DOCUMENT_TOKEN_TO_BE_REPLACED 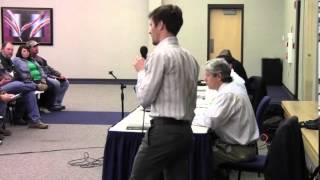 Nevermind landowners get only a one-time payment from the pipeline company, not rent and FERC has no END_OF_DOCUMENT_TOKEN_TO_BE_REPLACED

This op-ed spells out actions by Sabal Trail and FERC, that it interprets as deception, and it concludes we can all say no to that unnecessary pipeline. I’ve added a few pictures and links.

Marihelen Wheeler wrote an op-ed in the Ocala StarBanner 1 June 2014, Floridians can and must say no to gas pipeline,

It should be called “psychological bait and switch.” This tactic is being used by corporations trying to engage and solicit residents’ support for controversial projects that will negatively impact those residents. Among the most recent projects is the proposed Sabal Trail gas pipeline that will disturb about 13,670 acres of Florida land.

A company’s first move is to propose an idea that is so distasteful that, END_OF_DOCUMENT_TOKEN_TO_BE_REPLACED

Yet that’s what Sabal Trail Transmission, LLC, proposes to do, END_OF_DOCUMENT_TOKEN_TO_BE_REPLACED