A 30-inch pipeline explosion was visible 30 miles away. The 36-inch Sabal Trail pipeline would carry 44% more fracked methane than that Panhandle Eastern Pipeline Company Line 400, and could be even more destructive. “The most intense, scared feeling I’ve ever felt in my life,” said one witness. 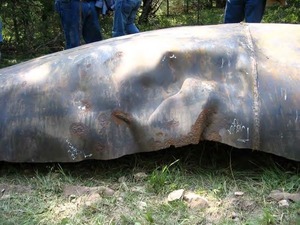