While others pondered and expounded on the complexities of the proposed 460-mile Sabal Trail natural gas pipeline projected to run through a large portion of south Dougherty County, Melvin George’s take on the controversial project was one of simplicity.

“Here’s the shortest route, the one that makes the most sense: Come down directly from where the pipeline originates (near Alexander City, Ala.) to the Florida state line,” south Dougherty resident George, one of some 20 residents who spoke during a Federal Energy Regulatory Commission scoping meeting at the Hilton Garden Inn Monday evening, said. “Then let the pipeline run along the Gulf (of Mexico) and down (to Osceola County, Florida).

“There’s no need for that pipeline to come through Dougherty County and no reason for it to come through Georgia at all. We don’t need it. It has no value to this community.”

That is one of Sabal Trail’s alternative routes: 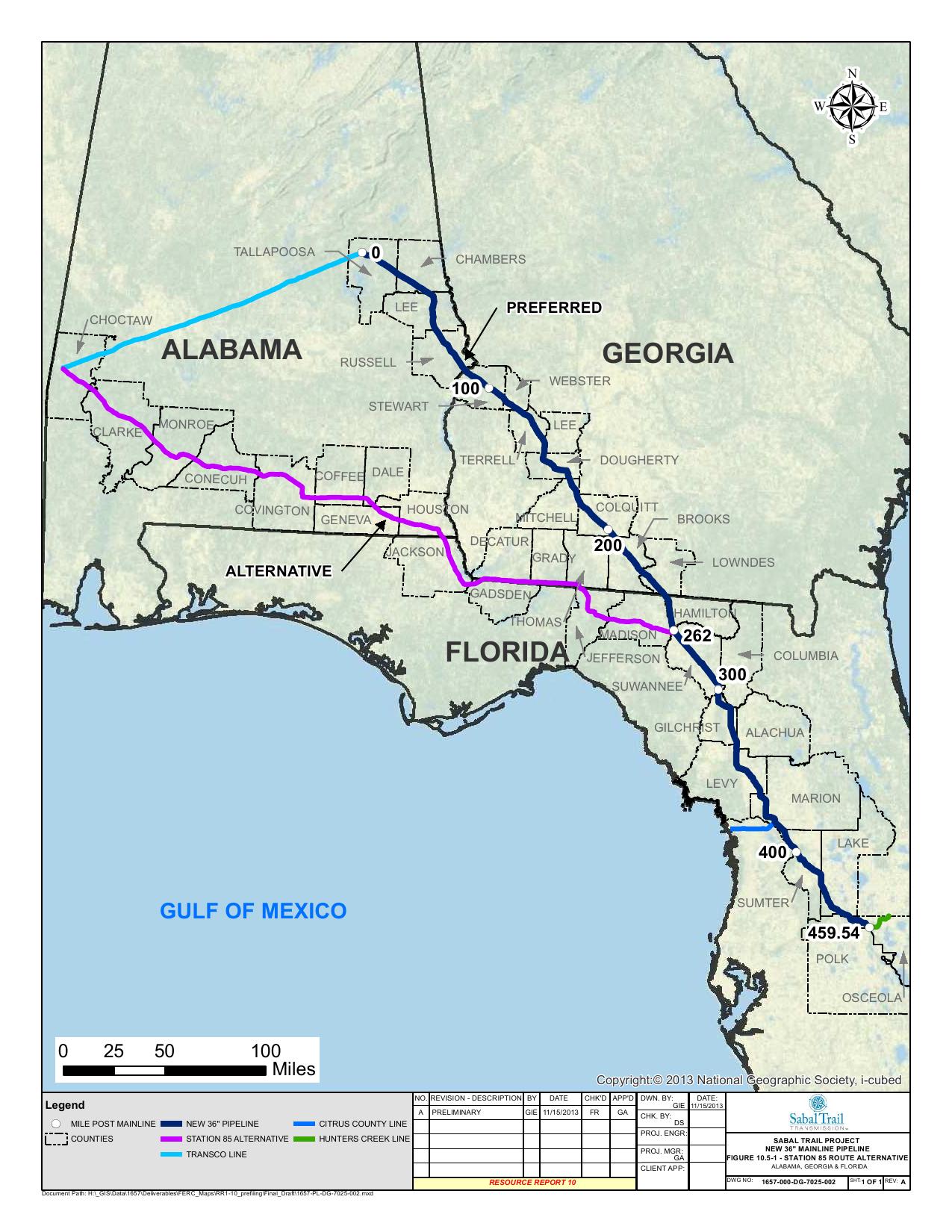 It appears to have been the first route from at least as far back as October.

Monday in Albany a county official stood up for the citizens:

Dougherty County Attorney Spencer Lee was the first to speak during the public comments session at Monday’s meeting, and he quickly set the tone for the evening.

And a county commissioner!

Outgoing Dougherty County Commissioner Gloria Gaines, who plans to run for the commission chairmanship, said the location of that compressor station concerns residents throughout the county.

“Highway 91 is a gateway corridor into our community,” she said. “Having a compressor station there right by that highway makes no sense at all. We don’t need to see this project come in and further depress our economy.”

And another county commissioner!

Dougherty County City Commissioner, Ewell Lyle, feels for a project like this, the involvement of the community is important and encourages people to attend today’s meetings and the meetings that follow.

“Stand up, Georgia is not going to be an easy roll through if everyone comes to these meetings. If they write F.E.R.C, let them know their concerns, we’ll have to be listened to as a community.” Singletary said. “But if we don’t stand together as a community we are going to have a difficult struggle with this.”