“But this isn’t an issue just for tree-huggers. It’s one that every person who uses water ought to latch on to,” she wrote.

I added the links and the images below to what Lauren Ritchie wrote in the Orlando Sentinel yesterday, Move path for natural-gas pipeline to protect water supply, 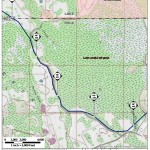 Only a relatively small piece of a proposed natural-gas pipeline that is to cross three states would come through a corner of south Lake County, but the route is directly through one of the most environmentally sensitive areas in Florida.

And, unfortunately, the pipeline is to be built by a company whose safety record is hardly sterling and whose tendency is to stare silently when asked questions about accidents.

I’d recognize the pipeline company from that description. Residents can see the details of this project, ask questions and comment during a meeting sponsored by the Federal Energy Regulatory Commission at 6 p.m. March 27 at the Citrus Tower. The Sabal Trail pipeline, a 473-mile project by Florida Power & Light, is to go through Alabama, Georgia and Florida to bring 1 billion cubic feet per day of natural gas to just south of Orlando in Osceola County, where it would connect with another pipe for eventual delivery to FPL in Martin County.

That’s a week from Thursday.

Here [in Lake County, Florida] the plan is to gouge a hole through the environmentally sensitive Green Swamp, which is designated an Area of Critical State Concern and is the source of water for the underground Floridan Aquifer, from which much of the state drinks. 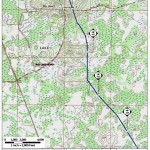 The pipeline crosses into Lake from Sumter on the west and goes diagonally south through the Bay Lake area into Polk County.

Already, environmental groups are gearing up to try to have the pipeline pushed farther to the west, out of the swamp. But this isn’t an issue just for tree-huggers. It’s one that every person who uses water ought to latch on to.

Those behind the routing of the pipeline did it with a map, a ruler and a pencil — they didn’t come here, and they clearly don’t understand the hydrology of the area, said Peggy Cox, president of the Clermont-based Alliance to Protect Water Resources and a member of the Lake County Water Authority.

“The line goes right through the Little Creek and Big Creek basins, which the Clermont chain relies on. In the Green Swamp, the gradient is such that the water very slightly flows north, but the flow is there,” she said. “The pipeline could change the flow, and the people who drew the route were blissfully unaware of all this.”

And then there’s the questions of leaks and explosions.

“We understand they don’t want the pipeline in heavily populated areas, but when you’re out there with coyotes and herds of cattle, what happens when it starts leaking?” Cox asked.

“I don’t want natural gas leaking into my water supply.”

There’s more in the article.