You can march from VSU, go to this protest at the Sabal Trail office in Valdosta (facebook event), and onwards to 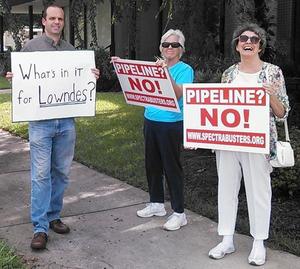 the Sabal Trail Open House in Jasper, FL, all today.

The protest will be located on the corner of Park Avenue and Patterson Street from 4-5 p.m.

The VDT neglected to mention that that’s Sabal Trail’s Valdosta office address, which Sabal Trail opened back in December. 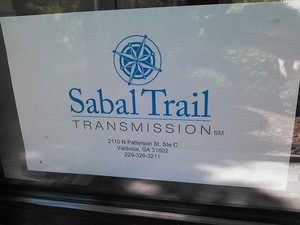 “We will have these events on a regular basis,” wrote Dr. Michael Noll, president of WACE. “In addition we have a little surprise in store for Sabal Trail which we plan to make public in early November.”

The proposed pipeline has been greeted by a massive level of opposition, with opponents expressing concern about the effects of the pipeline on their area. Protests have stretched across South Georgia since the pipeline was announced.