the public record of its long list of corrosion, leaks, and explosions? A pipeline company that has claimed land values wouldn’t be affected? That it’s “hard to believe” its own law firm sent threats of eminent domain to landowners, despite copies of those letters being sent to newspapers and FERC? That Georgia counties need its gas, after those same counties had already passed resolutions wanting Sabal Trail’s pipeline out of their county and state? A pipeline company that claims the Sunshine State needs its gas when its own figures show half the acreage could produce just as much solar power? Why should anybody in Albama, Georgia, or Florida accept any risk from that company from Houston, Texas?

Sabal Trail claimed theirs is a safe company and leaks and explosions seldom happen, until confronted on-camera with a list of incidents.

Sabal Trail has long claimed to be “not familiar” with its parent Spectra Energy’s long string of corrosion, leaks, explosions, record fines, property damage, and loss of life. The public record is familiar with it, and the public increasingly is catching on.

Sabal Trail also claimed their pipeline would have no effect on local land valuation and refused to even listen to a question about that.

Sabal Trail claimed their lawyers sending eminent domain threats to landowners was “hard to believe” until confronted with example letters by the newspaper of record of the most populous county along the pipeline path in Georgia.

Sabal Trail now claims a contract to sell gas through the Metropolitan Gas Authority of Georgia (MGAG) justifies its Georgia eminent domain letters of a year before. 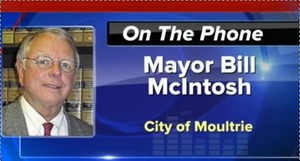 Sabal Trail claimed the counties most needing the gas were Dougherty and Albany, despite those counties having already passed resolutions wanting the pipeline out of the entire state of Georgia, as had Dougherty County’s seat, Albany. The Mayor of Colquitt County’s seat, Moultrie, was heard on TV saying Moultrie wasn’t even asked if it needed any more gas.

Sabal Trail’s denial about its own safety record and its eminent domain threats are among many reasons six counties and two cities have so far passed resolutions against Sabal Trail’s pipeline.

Especially when Sabal Trail’s own figures show half the acreage of that pipeline could produce just as much solar power. The Sunshine State should follow the lead of Georgia, and facilitate financing for solar power.

Anyone can send an ecomment to FERC, and many can still file a motion to intervene, which gives you legal right to attend hearings, file briefs in support of lawsuits, or even to bring suit yourself. If you are a landowner, you can deny permission for Sabal Trail to come on your land, or rescind any permission you already gave. And you can write letters to the editor, call in to your local talk radio show, contact your TV station, hold a local event, and contact your local and state elected officials and ask them to act against this foreign invader.

1 thought on “Would you buy a used car from Sabal Trail?”