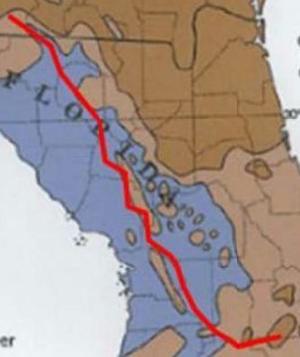 Sabal Trail is holding what it calls Contractor Fairs 11AM to 2PM on two days this week, not for people to actually install the pipeline, rather for incidental jobs.

In Ocala, at the 9AM Marion County Board of Commissioners meeting that same morning,, Whitey Markle, Conservation Chair of the Suwannee-St Johns Sierra Club, will speak about Sabal Trail Pipeline and Proposals for Solutions.

At the contractor fairs, opponents will be distributing a flyer (attached) to remind everyone that Sabal Trail is NOT a done deal. There are six requests for re-hearing to the Federal Energy Regulatory Commission (FERC), which has not issued a construction go-head. Meanwhile, the Georgia legislature in a historic 34 aye to 128 nay vote denied river-drilling easements to Sabal Trail, and Hamilton and Suwannee Counties, Florida asked the U.S. Army Corps of Engineers to investigate numerous springs, sinkholes, and underground caverns reported by independent Practicing Geologists that Sabal Trail didn’t mention to regulatory agencies.

The continually growing opposition says risks to our Floridan Aquifer and eminent domain taking easements from local neighbors to profit a company from somewhere else are reasons for jobs seekers to read up on the problems or go see for themselves Lime Run Spring or the other springs, sinkholes, and caverns Sabal Trail says aren’t as close as they are to its proposed pipeline path. Opponents say job seekers should not sign a contract with Sabal Trail before independent investigation of its route, and they should report any safety or environmental incidents.

Many pipelines are being delayed or cancelled: fossil fuels are a dying 20th century industry. Already there are more jobs in solar power than in all of oil and gas extraction. Solar needs no eminent domain, no drilling, no water, and produces no exhaust.

The full flyer, copiously footnoted with evidence, is attached.