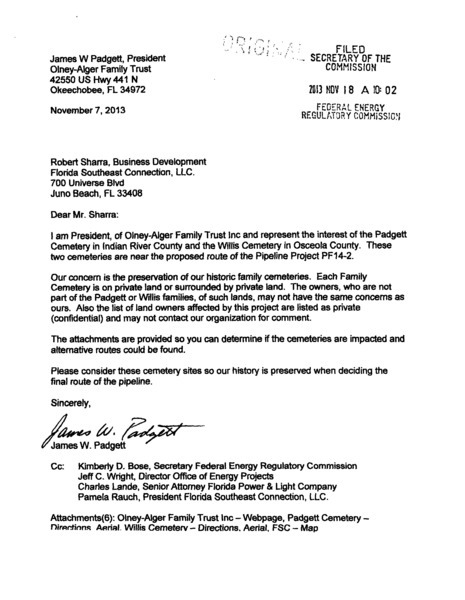 I am President, of Olney-Alger Family Trust Inc and represent the interest of the Padgett Cemetery in Indian River County and the Willis Cemetery in Osceola County. These two cemeteries are near the proposed route of the Pipeline Project PF14-2.