This is the large Half Moon Wildlife Management Area that is adjacent to my property. They are including my property as part of the 500 feet supposedly required. Running that pipe line through Half Moon could result in the biggest nightmare that anyone could ever imagine. Past events will indicate future events as far as the pipe line industry is concerned. Pipes will leak gas eventually and this area (I have been told) is an actual flood plain that was a lake area in the past that connected to the Withlacoochee River. So the water level is near the land surface and corrosive action readily takes place.

You can see the line that follows that road on Half Moon. The pipe line will follow that dirt road—as I have been told by the officer in charge in Half Moon. She is not a happy camper to say the least. Her one comment she made gave me chills running up and down my spine. Quote, — I wonder what will happen when we —burn— ( set fire to) the entire Half Moon in February after the pipe is installed. I hope there will not be any gas leaks.—

Every year in February they set fire to the entire management area to completely burn off the underbrush growth. That in itself is a nightmare. You do notice where I live? Half Moon was created after I bought the property and I never imagined being surrounded by firewalls every February. Now—suppose there is a gas leak and they set fire to that entire area with my property close by. Should I worry?????

You can add this to the Sabal Web site. The Sabal Trail is money driven. Moral integrity is not included. 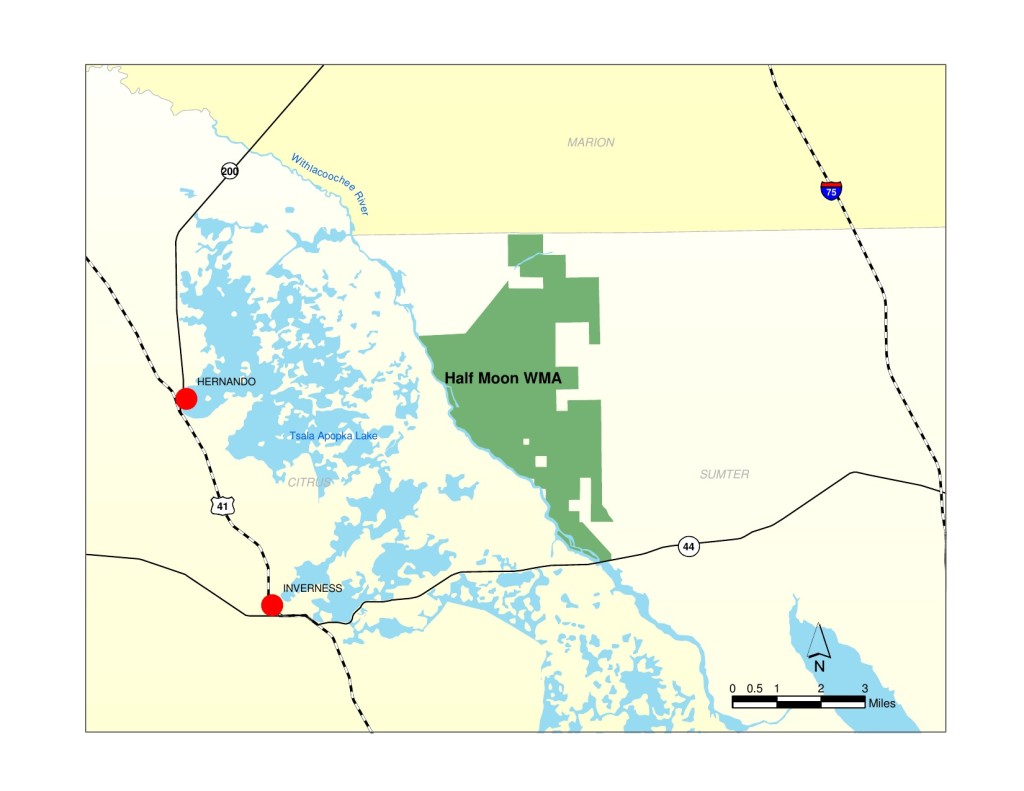 2 thoughts on “Half Moon Wildlife Management Area and Sabal Trails”