Gas pipelines in Egypt has been attacked more than a dozen times since the revolution that toppled former President Hosni Mubarak in 2011. The last attack took place a little over two weeks ago.

Some of the attacks targeted a pipeline that supplied gas to Jordan and Israel, forcing Egypt to halt supplies to these two countries. Since that time Israel has begun to become more dependent on its own natural gas, so Egypt’s abrupt cancellation of its contract to sell gas to Israel a year ago was, while very expensive for Israelis in the short run, not as damaging as Israelis initially feared in the longer run.

How could we protect pipelines in the U.S. from such attacks? Considering apparently we can’t even protect them from corrosion, leaks, and explosions without enemy action, probably we can’t. 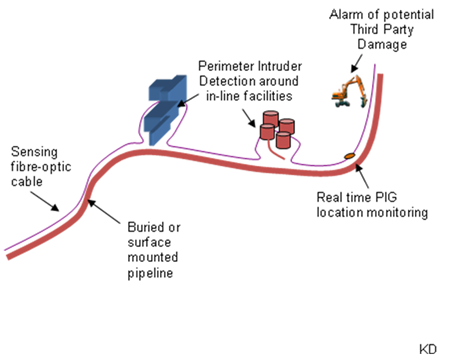 The protection of oil, gas and refined product pipelines against sabotage, illegal tapping and terrorist action, combined with the detection of leaks and in-line equipment failure, is a high priority in all countries, but has been notoriously difficult to achieve.

Oil and gas installations are critical infrastructure of high importance and value. If a pipeline is damaged, significant revenues will be lost, harm may be caused to the environment, and the leakage could be a potential danger to the local population. More importantly, a terrorist attack on an unprotected pipeline could have catastrophic consequences.

That article goes on to describe “the latest developments in pipeline monitoring and security technology”. But why build a “Vulnerable Network Of Strategic Assets” in the first place? Now that according to Sabal Trail’s own figures it would take half the land to produce just as much solar power? It’s our environment and our local population that Williams, Spectra, and FPL threaten with their yard-wide fracked methane pipeline. It’s supposed to get its methane from Williams Company’s same-size Transco pipeline, the one that blew up in Alabama in 2011 and incinerated 65 acres of trees.

And that was without any foreign enemy action! The invasion of our lands is already coming from Houston, Texas and Juno Beach, Florida. Profit for a few fossil fuel companies and electric utilities isn’t worth risking our lands and lives with hazardous pipelines.

How about we stop turning the U.S. into the middle east, and get on with real energy independence through distributed solar power and wind power?

3 thoughts on “Pipelines as enemy targets”