We are asking you, as the Mayor of Albany, to take action in protecting our community by opposing the Sabal Trail/Spectra Energy pipeline. We have contacted County Commissioners and reached out to your office on several occasions about this issue. We have done extensive research compiling a list of some 6095 people across the US that have been negatively affected by Sabal Trail/Spectra Energy and other related pipelines. We have cited the numerous safety violations of Sabal Trail/Spectra Energy and the enormous fines that have been levied against them. It is our deep concern that after 51 years at our current location, the proposed project will have detrimental effects on both our physical environment and the health of our members. Our church, like most residents in District 5, uses well water. Compressor stations, like the one proposed by Sabal Trail/Spectra Energy are related to numerous incidents involving contaminated well water, degradation in air quality, noise pollution and even death for people living near these facilities. When accidents occur they tend to be devastating. For example: 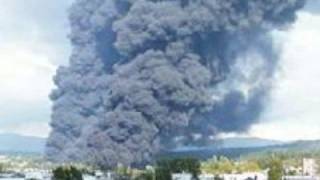 2013 (August 20) Natural gas pipeline exploded near Kiowa Southwest Oklahoma. [Which appears to be in the Woodford Shale region where FPL is fracking for methane. -jsq] 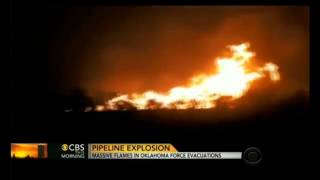 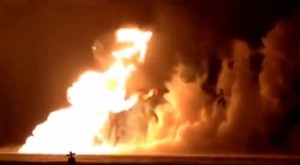 2014 (January 25) a natural gas pipeline ruptured and exploded in Winnipeg near Otterburg, Canada the entire area was evacuated while the fire burned for more than 12 hours.

These are just a few examples of dangerous accidents that have occurred over the last few years. There are also long term negative health impacts and environmental impacts from prolonged exposure to these facilities and the pollution they produce—air, water and noise that are well documented. As I mentioned earlier we have a list of 6095 such cases. It is our fear, that since the Albany City Commission has decided to table the issue and the county commission has not acted yet by taking a legal stand against it, that we, and the rest of the residents of District 5 and Dougherty County, will end up paying a severe price for inaction. We have nothing to gain and everything to lose. Please feel free to contact Pastor Reagan Marsh at 229-733-8019.