The Suwannee River Water Management District (District) has reviewed preliminary information concerning the SMP project tor the installation of a gas transmission pipeline from Hamilton to Martin counties in Florida. The proposed pipeline route crosses four counties and two major rivers within the District. The two proposed river crossings appear to be within extremely sensitive karst regions and could have significant impacts to the District’s water resources including our rivers, springs and water supplies The attached memorandum describes District staII’s review. concerns. and recommendations on the proposed pipeline route.

The District does not oppose the installation of pipelines and understands the value these projects provide to Florida’s economy. However we do recommend that the proposed pipeline route be modified to avoid highly sensitive water resource features, karst topography, and unconfined drinking water sources ( Floridan Aquifer) within the District. We appreciate the opportunity to review these preliminary documents and look forward to working with the Federal Energy Regulatory Commission staff to provide the necessary inlormation needed to find a more suitable route for the proposed pipeline.

The Suwannee River Water Management District (SRWMD) has four areas of responsibility under Chapter 373, Florida Statutes: water supply, natural systems, water quality, and flood protection. We have reviewed preliminary draft resource reports related to the Southeast Markets Pipeline (SMP) project, Federal Energy Regulatory Commission — Dockets Nos. PFl4-1-000 and PF14-2-00 — Notice of Intent to Prepare an Environmental Impact Statement for the Planned Southeast Market Pipelines Project (Sabal Trail and Florida Southeast Connection Projects) a From Hamilton to Martin Counties, Florida. According to the route supplied to the SRWMD on April 10, 2014, the proposed pipeline will pass through Hamilton, Suwannee, Gilchrist and Levy Counties which lie within the boundaries of the SRWMD. In addition, representatives from the SMP and the Federal Energy Regulatory Commission met with SRWMD staff on March 24, 2014 to outline the pipeline project, answer questions, and hear any initial concerns or comments regarding the project. We herein offer comments related to the SRWMD areas of responsibility as they relate to the proposed route within the SRWMD.

As noted in the Federal Energy Regulatory Agency’s notice of intent document, the items of particular concern include potential impacts on soils, impacts on water resources such as springs, groundwater and wetlands, and impacts on the karst terrain along the proposed pipeline route. This is an extensive project, traversing many geomorphic zones and varying terrains within the SRWMD. The commentary below is based on the pipeline crossing the SRWMD and its potential to affect the SRWMDs four areas of responsibility described above. 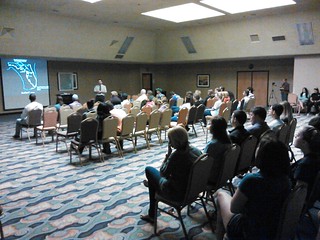 Impacts on water resources: The planned trenching for laying pipe may intersect the local water table. Along the proposed route this will likely be the Floridan aquifer system (FAB), based in underlying carbonate bedrock, which is the primary freshwater aquifer in the SRWMD and the state, providing drinking water. agricultural and industrial water, and feeding the springs and river systems located within the SRWMD The proposed route passes through known karst regions where the FAS intersects land surface and is therefore vulnerable. In Florida. karst terrain and groundwater vulnerability are directly interrelated. Karst features commonly provide routes of direct surface flow access to the aquifer. Cavernous porosity permits rapid groundwater flow within the aquifer supporting the occurrence of

Once the pipeline is installed, testing the integrity of it will require the use of large volumes of water which require a Water Use Permit under Chapter 40B-2, Florida Administrative Code. Some consideration of where this water will come from (presumably groundwater) and what will be done with it after it has been used will be necessary. Extracting large volumes of groundwater from near the pipeline can potentially be a trigger for sinkhole activity. Furthermore, once the water has been forced through the pipeline it will have to be disposed of. It could contain small amounts of contaminants picked up while in the pipe. Since the vast majority of the pipeline is currently slated to run through karst terrain. where the underlying aquifer is highly vulnerable to contamination, care needs to be taken when disposing of the test water.

Impact on karst: Most of the pipeline route traverses karst terrain. The route passes through a portion of the Florida Springs Protection Area (Greenhalgh and Baker, 2005) in north and central Florida.

A deviation to avoid crossing the lchetucknee River has been proposed. Additional sensitive river crossings will be through borings under the stream beds The proposed route crosses the Santa Fe River near the Ichetucknee River and crosses the Suwannee River near the confluence of the Withlacoochee and Suwannee Rivers. Both of these crossings are in known karst regions in areas of numerous documented springs and sinkholes.

In some local areas horizontal drilling near streams and rivers could impact local flow systems. The deeper horizontal drilling required to pass under large rivers like the Suwannee could potentially intercept karst conduits. Some possibility of restriction or redirection of groundwater flow exists. This could affect groundwater flow to local springs and impact Minimum Flows and Levels (MFLs), The SRWMD is required by Chapter 373, Florida Statutes to develop MFLs for priority water bodies and springs within its borders, Damage to the conduit system that feeds these spring systems could directly impact the MFL for a priority spring by potentially reducing the flow to the spring causing a violation of the MFL. it is anticipated that evaluation of the final pipeline route will be thoroughly evaluated in light of the sensitive groundwater and spring systems located within the SRWMD. Such situations might not be avoided with pre-excavation geotechnical testing because the locations of these features are not predictable. Therefore the pipeline route should be altered to avoid karst areas, conduit and spring-flow areas of the SRWMD.

Additional items of concern in karst terrain include the following:

The SRWMD does not oppose the installation of pipelines that support Florida’s economy and recognize that the reviewed documents are preliminary in nature, and much of the geotechnical testing along the surveyed route is yet to be completed. However, based on the information provided to date we recommend that the pipeline route be reconsidered to avoid sensitive karst regions that can have a significant impact on the water resources within the SRWMD. It may be more appropriate to locate the pipeline in area where existing pipelines have been installed or. more appropriately, in areas where the FAS is confined (overlain by thick sands and clays) which would avoid impacts to our water supply and to groundwater fed springs and river systems. The SRWMD looks forward to reviewing the final application documents and lending consultation on the SMP project as required. 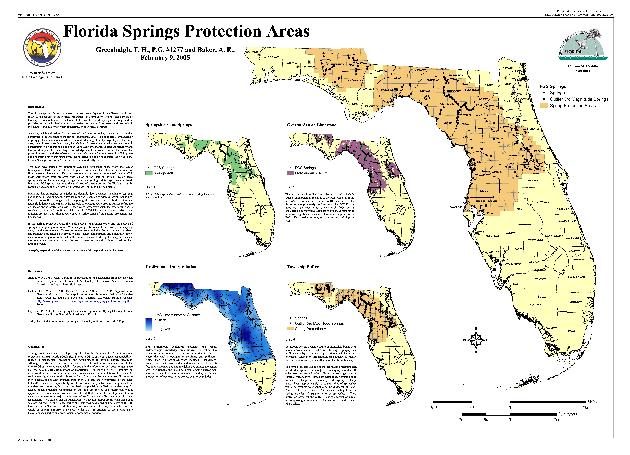