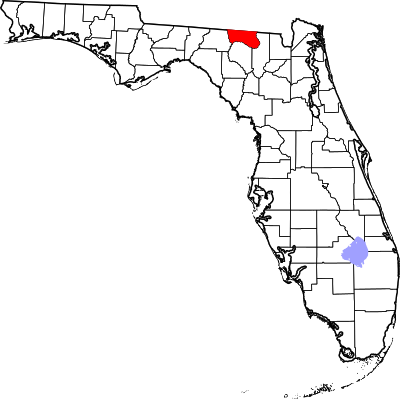 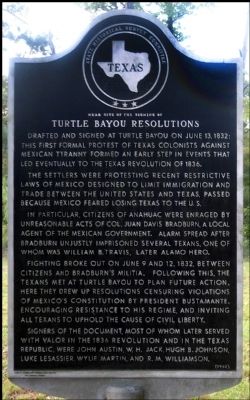 FERC denied that permit application for Turtle Bayou Gas Storage Company in 2011; one of only two pipeline applications that FERC’s John Peconom could find that FERC ever denied. The applicant appealed. FERC replied in Dockets CP10-481-002 and CP10-481-000, ORDER DENYING REQUEST FOR REHEARING OR RECONSIDERATION (Issued April 11, 2012), END_OF_DOCUMENT_TOKEN_TO_BE_REPLACED

Sabal Trail Transmission, LLC is seeking a Certificate of Public Convenience and Necessity for its 300 mile Florida natural gas pipeline and will submit its preferred pipeline route soon. This certificate should be denied. When determining the issue of ‘need’, Sabal Trail’s own Draft Resource Report states: END_OF_DOCUMENT_TOKEN_TO_BE_REPLACED

END_OF_DOCUMENT_TOKEN_TO_BE_REPLACED

A foreign company wanting to take local resources and not even provide any local jobs, only in “preliminary stages”: sound familiar? Swiss company Nestlé used the same playbook to try to grab water from the Wacissa River that Houston company Spectra Energy is trying to gouge its hundred-foot right of way for its yard-wide fracked methane pipeline through Alabama, Georgia, and Florida. Wacissa and Jefferson County, Florida fought back and won. Counties can do the same to stop that pipeline.

Citizens in North Florida are gearing up for what many foresee as a drawn-out battle with Nestle Waters North America, the country’s largest water bottler, which recently completed test wells END_OF_DOCUMENT_TOKEN_TO_BE_REPLACED Springs before pipelines, say board members of Our Santa Fe River in central Florida, and let’s get on with clean solar power.

Merrillee Malwitz-Jipson and Jim Tatum wrote for the Gainesville Sun 25 April 2014, Pipeline in springs heartland would be at risk for accidents,

Is another gas highway pipeline inevitable in our Florida springs heartland?

FL PSC Commissioner Julie Brown saying, “The need for this project is indisputable at this time.” Then they dispute that need. END_OF_DOCUMENT_TOKEN_TO_BE_REPLACED

It’s linked to a petition, Sign the petition to keep the Sabal Trail Pipeline out of Florida!:

The Sabal Trail is a proposed pipeline that would run from Alabama to Florida carrying natural gas extracted through fracking. Experts fear that this pipeline will endanger our water resources as well as senstive ecosystems in Florida, like our precious springs. The pipeline will also encourage more hydraulic fracking or “fracking.” Fracking is a type of gas drilling that injects millions of gallons of hydraulic fluids — a mixture of chemicals, water and sand — into a well to create pressure that cracks open rock underground, releasing natural gas. This process can deplete and contaminate local water, damage the environment and threaten public health.

The Three River Estates Property Owners (TREPO) Board of Directors joins with other homeowners and conservation groups in strongly opposing the placement of the Sabal Trail Methane gas pipeline, anywhere in the Ichetucknee Springs Basin & Ichetucknee Trace & surrounding areas. We specifically oppose END_OF_DOCUMENT_TOKEN_TO_BE_REPLACED