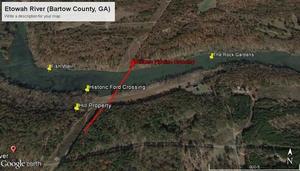 Horizontal directional drilling under the Etowah River was identified as infeasible in the EA due to the presence of two caves, a sinkhole, and results of geophysical investigations near the proposed crossing location indicating numerous large, open cavities and discontinuities representative of karst terrain. Instead, the FERC proposes to utilize the wet open-cut method for a 513-foot crossing of the Etowah River which will require blasting, and the FERC has identified the wet open-cut method in the draft EA as the method that results in the highest levels of turbidity and sedimentation when used. As a result, the proposed action has the potential to impact three of four federally-listed aquatic species and a candidate species and a petitioned species inhabiting the Etowah River and Mobile River basin through increased sedimentation, riparian-buffer removal, and utility/road construction. The EA contains no detailed impacts analysis for the proposed crossing of this High Priority Waterbody. During the review of the draft EA the US. Fish and Wildlife Service (USFWS) has already expressed concern over potential impacts to Endangered Species Act (ESA) listed, candidate, and petitioned species.

If the Etowah River wasn’t considered feasible for HDD due to caves, sinkholes, and cavities, why is the Suwannee River, or the Santa Fe, Withlacoochee, Flint, or Chattahoochee? And why is open-cut considered feasible for any river, given that it “results in the highest levels of turbidity and sedimentation when used”? The real question is why any of these pipeline boondoggles are permitted, given that Georgia is already the fastest-growing U.S. solar market, and there are already more jobs in the solar industry than in oil and gas extraction?

Thanks to Debra Johnson of SpectraBusters for finding this landowner report. FERC Accession Number: 20160429-5299, “Report of Troy A Harris under CP15-117. Concerns over Etowah River Boring Incident and Data Sample Quality”,

On behalf of Mr. Gene Hill (landowner) and his family we would like to object to the Transco Pipeline Dalton Expansion project. Our family property is located in Kingston, GA (Bartow County) and we will be the adjacent and downstream landowners at the Etowah River crossing. Given our properties location we would like to claim “Intervener Status” pursuant to Rule 214.

As the immediate downstream neighbor of the proposed Etowah River crossing we believe that the plan to blast and trench the Etowah River at this location is extremely flawed. More importantly this plan does nothing to Avoid crossing the Etowah River, or to Minimize the Impacts of the crossing. In our view, blasting and trenching would result in Maximizing the Impacts. As justification of this concern we want to know more about the River Boring Incident that occurred, and how Transco handled this incident as well as how it may have effect the study results that are the base for the request to blast and trench the river.

During the due diligence Transco brought out an amphibious vehicle to drill core samples of the riverbed. This vehicle got stuck on the rocks during the process and broke off its tracks. It then proceeded to destroy the riverbed while grinding around and trying to get out of the river. Hydrolic oil was spilled into the river during this process, and possibly fuel and other contaminants. In the end, Transco had to have a large crane hoist the vehicle out. The company left the skid tracks in the river for a long time, and my family had to clean up some of them after the Company claimed they had retrieved them all. There was no other work done to repair the damaged river bed once some of the tracks were cleaned up. 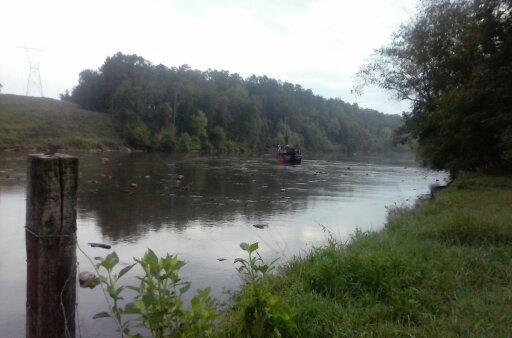 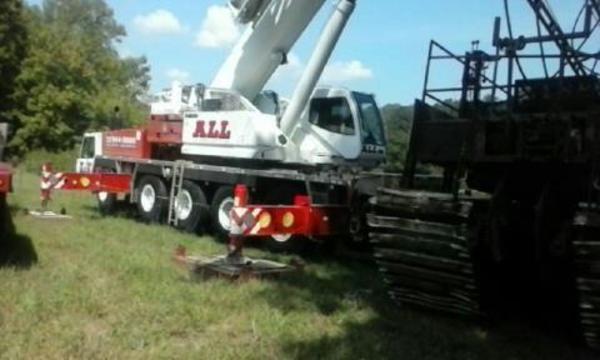 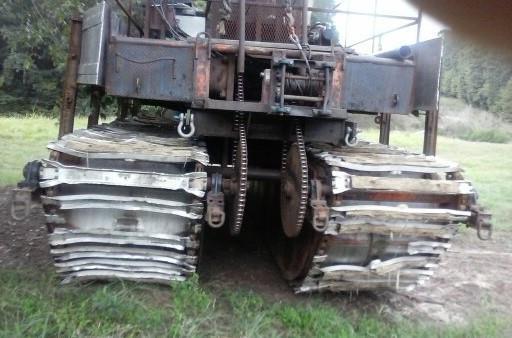 Given this experience we are extremely concerned about how Transco would handle future events like this when bringing in more heavy equipment to blast and trench the river. Regarding this experience we would like to pose a few questions.

More importantly, this incident raises significant concerns about the quality of the data collected by Transco about the riverbed crossing. Given that Transco has determined that HDD is not a cost effective way to “Avoid” crossing the River, and that blasting and trenching seem to “Maximize the Impact” to the riverbed it seems critical to understand a number of things about the approach and findings/conclusions that likely are heavily dependent on this work.

Finally, we would like to know what other rivers in the US have been crossed using the blasting and trenching methods the company is proposing.

These comments are made on behalf of Coosa River Basin Initiative’s board of directors and its more than 3,500 members. CRBI’s mission is to protect, preserve and restore North America’s most biologically unique river system. CRBI has grave concerns about this project and its impacts to 377 different waterbodies.

We do not concur with FERC’s conclusion that construction and operation of the Project would not adversely affect the natural, cultural and recreational values of these waterbodies. We are particularly concerned about the proposed wet trench excavation crossing of the Etowah River. Specifically we would like to raise concerns about the following:

For much more about Transco’s Dalton Expansion Project, including this river crossing and a compressor station, use FERC Docket Search and enter CP15-117.