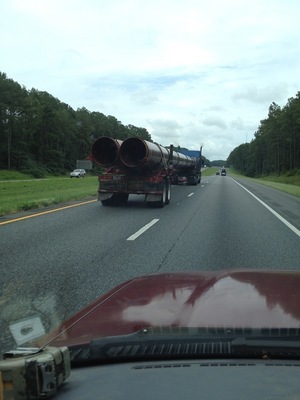 I suppose that could be somebody else’s pipe, but Sabal Trail announced back in November 2014, before it even entered the formal FERC filing process, that it had contracted to buy its pipe from Berg Pipe of Mobile, AL and Panama City, FL. Sabal Trail’s press releases didn’t mention, but Berg’s owner Salzgitter Group even earlier did, that “The two companies in Panama City and Mobile are subsidiaries of EUROPIPE GmbH, Mülheim, Germany, a joint venture of Salzgitter AG and AG der Dillinger Hüttenwerke.” So the pipe purchase profits go to Germany. And even Sabal Trail couldn’t come up with a press release about this for Georgia, because there are no economic benefits to Georgia. Even the temporary pipe jobs in Florida and Alabama are just that: temporary. 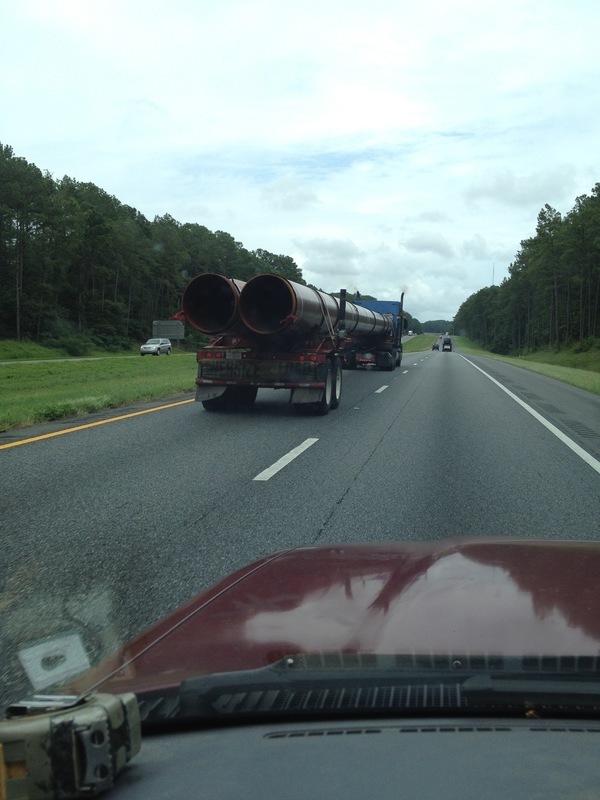 This work is licensed under a Creative Commons Attribution 4.0 International License.

Meanwhile, much of Sabal Trail’s pipe is already sitting in a pipe yard north of Lake City, FL, apparently in cleared and filled wetlands. Despite Sabal Trail’s promise, also back in 2014, to ask FERC for permission before using any pipe yard, they did not do so.

Should we trust this company with our land, water, and air?