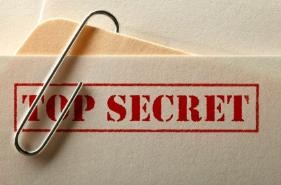 The TPP is being pushed by Ted Poe (R TX-02) of Houston as Chair of the U.S. House SUBCOMMITTEE ON TERRORISM, NONPROLIFERATION, AND TRADE. Houston is the home town of Spectra Energy, joint owner of Sabal Trail Transmission with NextEra, FPL’s parent company. Sabal Trail proposes a hundred-foot-wide gash through Alabama, Georgia, and Florida for a 36-inch pipeline to Florida’s coasts, where there are already at least two authorizations for LNG export operations.

If TPP passes, China might join it. China wants fracked methane. China has already made deals in British Columbia, including one with Spectra’s LNG export terminal partner there, and is said to be making deals with Gulf of Mexico LNG export terminals. Since there are already at least two companies authorized for LNG export to FTA countries from Florida from places the Sabal Trail fracked gas would go, what would stop China from buying it?

Here’s another petition against TPP by the Electronic Frontier Foundation (EFF) and some more reasons why to sign it.

No TPP. No pipeline.