Yet that’s what Sabal Trail Transmission, LLC, proposes to do,

bringing us only hazards and only one-time landowner payments, in exchange for ongoing profits to its joint owners, Spectra Energy of Houston and NextEra Energy, parent of Florida Power and Light (FPL), of Juno Beach. The Sierra Club chapters of Georgia, Florida, and Alabama published a joint statement opposing that pipeline, which says in part:

Spectra Energy and its related companies have been fined repeatedly for safety and environmental violations throughout the United States including one fine of $15,000,000.

The proposed pipeline would cut a wide swath through pristine lands with resulting negative impacts on endangered species, critical wildlife habitat, invaluable wetlands, longleaf pine forests, the fragile and irreplaceable Floridian Aquifer, streams, rivers, and springs, and private property rights. Furthermore, expanded reliance on fracked natural gas only serves to feed the increasingly destructive effects of drilling for and fracking of shale deposits that have destroyed drinking water resources and entire communities across the country. The Sunshine State, which will be the sole recipient of the fracked natural gas transported through this pipeline, should expand energy efficiency measures and solar power capacity rather than increase its dependence on natural gas which already accounts for more than 60% of Florida’s electricity generation.

That $15 million fine by the EPA was for leaking PCBs at 89 pipeline sites in 1989. A quarter century later, Spectra’s 2013 SEC filing says: “the internal surfaces of some of our pipeline systems are contaminated with PCBs, and liquids and other materials removed from these pipelines must be managed in compliance with such regulations.” You wouldn’t know this from Spectra’s representatives at the recent series of Open Houses required by the Federal Energy Regulatory Commission (FERC) or the FERC-run Scoping Meetings, or Spectra’s appearances at several County Commission meetings, at which for months Spectra’s reps professed not to be familiar with any fines, until confronted with a list, on camera.

You also wouldn’t know about the explosions on Spectra pipelines over the decades, destroying buildings, cars, and trees and injuring and sometimes killing people.

Neither Spectra nor FERC has been very forthcoming about the final destination of the fracked gas. For months, when asked if it would be go to LNG export terminals for sale overseas, FERC merely said this pipeline application didn’t ask for export. In Moultrie FERC finally mentioned that it’s not the pipeline company that would have to file for export: it’s the end user. Sabal Trail’s plan includes an offshoot pipeline to Duke Energy’s Crystal River site on the Gulf Coast.

Dolphin LNG already has a permit for an offshore LNG import facility to connect to the Gulfstream pipeline, and that pipeline is required by FPL to connect to Sabal Trail. FPL itself has at least three power plant locations on the Atlantic coast, so any of FPL or Dolphin or Duke could decide file for LNG export to get higher methane prices from other countries.

Meanwhile, at least one of FERC’s own Commissioners has testified to FERC’s own U.S. House oversight Subcommittee for LNG exports, and a Congressman from Spectra’s hometown of Houston chairs another Subcommitee that has held a hearing promoting LNG export and another hearing promoting the Trans-Pacific Parternship so more countries could be export targets.

Why should a Houston company get to use federal eminent domain to ship fracked methane overseas?

And even if export is not the plan, FERC’s justification for eminent domain rests on its own environmental assessment guidelines. Those guidelines say first the power must be needed, and it is not clear that Florida couldn’t simply conserve instead.

Second, there has to be no better way to get the power, and Sabal Trail’s document on that makes astonishing assumptions such as that generating the same amount of solar power would require clearing more land than the pipeline would use, without ever mentioning that most solar power goes on rooftops and already-cleared land. It’s hard to imagine a professor who wouldn’t give that document an F.

Third, the pipeline should not be too environmentally damaging. Yet Sabal Trail proposes to plow through lands replete with gopher tortoises, fox squirrels, red cockaded woodpeckers, burrowing owls, and indigo snakes. Lands above the Floridan Aquifer, the main source of drinking water for all of south Georgia and Florida, the source of many economically-important springs, in fragile karst limestone prone to sinkholes when damaged. 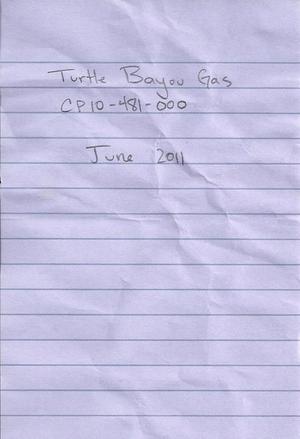 FERC admitted in Moultrie, GA that its Commissioners have only ever denied two pipelines, neither standalone ones like this. In Marion County, FL, FERC admitted that FERC staff have never recommended denying a pipeline. The Nuclear Regulatory Commission had never denied a nuclear permit, either: until last year. Now it’s time for FERC to start living up to its own guidelines, by denying this pipeline.

Sierra Club in opposing the unnecessary Sabal Trail pipeline allied with SpectraBusters, Inc., a Georgia nonprofit corporation with board members from Alabama, Florida, and Georgia. The rapidly-growing list of allies, already ranging as far as Pennsylvania, New Jersey, New York, and Massachusetts, is on SpectraBusters.org. Together the allies may have the knowledge and the power to stop this corporate boondoggle.

Solar power is already cheaper than any other power source, doesn’t require digging into the aquifer, doesn’t need any fracked fuel, and doesn’t require taking Georgian’s land. Stanford University recently released a study showing how to power each and every U.S. state with sun, wind, and water and nothing else. It is time for the Sunshine State (and the rest of the southeast) to get on with solar power. It is time for FERC to deny the Sabal Trail methane pipeline.

Since I wrote that article, we’ve learned that more than one end user has already gotten LNG export authorization. The U.S. Department of Energy’s Office of Fossil Energy (FE) on 14 November 2013 authorized export by Floridian LNG, right at the end of SMPP, next to FPL’s Martin County “Clean Energy” fracked methane power plant. Carib Energy, now owned by Crowley Maritime of Jacksonville, FL,

got FE LNG export authorization for Florida 27 July 2011. And that’s just the start, with Carib Energy applying to FE for export authorization for non-FTA countries and AES waiting on the government of the Bahamas for authorization for an undersea pipeline that ends up just outside the U.S. Exclusive Economic Zone (EEZ). Plus of course the ongoing negotiations for the Trans-Pacific Parternership (TPP), the Transatlantic Trade and Investment Partnership (TTIP), and several paths by which China is working to get U.S. LNG exports.

On the last day of the FERC Scoping Period, EPA weighed in with many of the same questions plus many more.