The text of the ordinance is END_OF_DOCUMENT_TOKEN_TO_BE_REPLACED 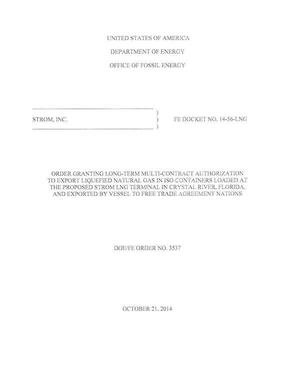 FE is even more a rubberstamp regulatory-captured lapdog of the fossil fuel industry than is FERC, and Strom is setting up to require no further approvals by them or anybody else: END_OF_DOCUMENT_TOKEN_TO_BE_REPLACED 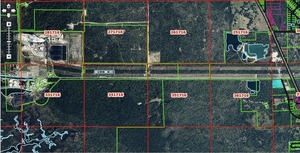 Remember in July FERC dismissed Strom’s Starke LNG application for lack of fee payment. The Department of Energy’s Office of Fossil Energy (FE) apparently has no such scruples, since its STROM INC, FE DKT. NO. 14-56-LNG was updated 29 September 2014 with Strom Inc. – Amendment to Application to Reflect New Location of the Plant, END_OF_DOCUMENT_TOKEN_TO_BE_REPLACED

Fred Hiers wrote for Ocala.com 14 July 2014, Utility will build plant with or without new pipeline, END_OF_DOCUMENT_TOKEN_TO_BE_REPLACED 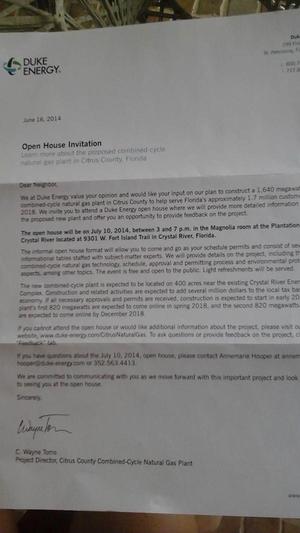 Curiously Duke is not calling it the Crystal River plant, even though it’s right next to Duke’s failed Crystal River nuke. Duke first said this plant would get its gas from the Sabal Trail pipeline and then said nevermind, that wouldn’t be needed, even though Sabal Trail has a Citrus County offshoot pipeline as part of its $3 billion project. Now this letter says it’s Sabal Trail fracked methane for Duke again. Hey, instead, why not build solar power in the Sunshine State?

Some landowners are getting a letter like the one pictured. It’s basically the same as this Duke Energy PR of 16 June 2014, Open house scheduled on proposed combined-cycle natural gas plant in Citrus County, Fla., END_OF_DOCUMENT_TOKEN_TO_BE_REPLACED

Even Duke Energy thinks the Sabal Trail pipeline is not necessary.

Pat Faherty wrote 30 May 2014 for the Citrus County Chronicle, Natural-gas plant not tied to pipeline completion (I added the images and links),

Construction of Duke Energy’s $1.5 billion power plant in Citrus County is not dependent on completion of the controversial Sabal Trail natural gas pipeline.

Duke filed a petition Tuesday with the Florida Public Service Commission for an affirmative determination of need for its Citrus County combined-cycle power plant.

That’s the same 27 May 2014 filing that was supposed to show Sabal Trail fueling Duke’s plant, but END_OF_DOCUMENT_TOKEN_TO_BE_REPLACED 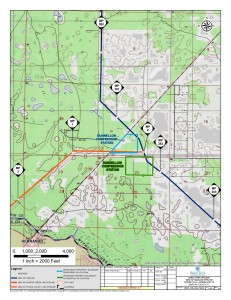 END_OF_DOCUMENT_TOKEN_TO_BE_REPLACED

Spectra’s Sabal Trail Transmission wants to slice through Alabama, Georgia, and north Florida to get to FPL and Duke gas plants in Florida. That helps explain the Citrus County Pipeline offshoot tacked onto the end of Sabal Trail’s 15 November 2013 update to FERC.

The proposed interstate pipeline that will slice through Marion County in delivering natural gas to an Orlando-area depot apparently has a customer ready.

Duke Energy plans to build a new natural gas-fired power plant in Citrus County, which is expected to be in operation not long after Sabal Trail Transmission LLC, the pipeline builder, completes its 465-mile link to gas reserves flowing through east central Alabama.

Duke Energy spokesman Sterling Ivey said the company had within the past week received six bids to build a facility in Citrus, and it is keeping open the option to do the work itself.

This is the same Sterling Ivey who claimed END_OF_DOCUMENT_TOKEN_TO_BE_REPLACED