and by notorious financial blog Zerohedge, as reasons why Sabal Trail may lose.

Eminent domain is a tough pill to swallow for Americans who take their property rights very seriously, and the aggressive moves by Sabal Trail to seize property for a natural gas pipeline running through three southern states is turning into a drama of immense proportions.

The rest is the best story I’ve seen about END_OF_DOCUMENT_TOKEN_TO_BE_REPLACED 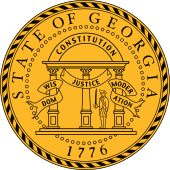 Thanks to the fine folks in Dougherty County, here’s a handy table of all the Georgia state representatives and senators along Sabal Trail’s proposed pipeline path in Georgia.

Please use this table before August 7th to ask your state legislators to oppose Sabal Trail’s requested air quality permit from GA-EPD for the proposed Albany compressor station.

And you can use it right now to contact your legislators about helping Rep. Darrel Bush Ealum oppose that pipeline.

About Kinder Morgan trespassing 1.7 miles into land owned by Billy Morris, who also owns the newspapers in Augusta and Savannah: END_OF_DOCUMENT_TOKEN_TO_BE_REPLACED