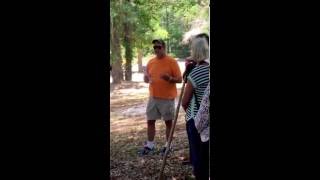 is allowed to proceed after he hiked the proposed Sabal Trail route at which the company claimed the nearest sinkhole was 750′ away of pipeline route.  This “omission” which claimed there were no sinkholes within 750′ of the boring of ST’s pipeline could and most probably will cause damage to Suwannee River, nearby springs, AND millions of people’s sole source of water from the Floridan Aquifer. The original environmental study was END_OF_DOCUMENT_TOKEN_TO_BE_REPLACED

The Congress member for all of the north Florida path of the proposed Sabal Trail methane pipeline invites you to a Town Hall in Ocala Monday.

Come join me for a Town Hall meeting on Monday, March 17th at Westport High School. I’ll be there to give an update on what is happening in Washington as well as answer any questions or concerns. Doors open at 6:00 pm. Hope to see you there!

END_OF_DOCUMENT_TOKEN_TO_BE_REPLACED 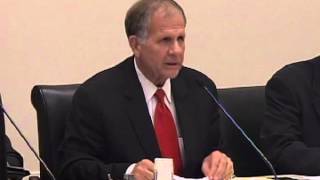 Presumably he meant FERC, which bills itself as an independent agency. The point remains the same: Chairman Poe wants more free trade agreements for more LNG exports. In his opening statement to the TPP hearing he spelled out that he considers the Trans-Pacific Partnership to be a free trade agreement: END_OF_DOCUMENT_TOKEN_TO_BE_REPLACED A big reason why is END_OF_DOCUMENT_TOKEN_TO_BE_REPLACED